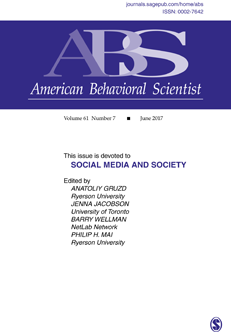 Background: With the rapid growth of online social network sites (SNS), the issue of health-related online communities and its social and behavioral implications have become increasingly important for public health and healthcare. Unfortunately, online communities often become vehicles for promotion of pernicious misinformation, for example, alleged harm of vaccination or that HIV-virus is a myth (AIDS-denialism). This study seeks to explore the social structure and participants' behavior of the AIDS-denialists online community to identify and estimate the those who potentially are most susceptible to AIDS-denialists arguments - “the risk group” in terms of becoming AIDS-denialists.

Methods: Social network analysis was used for examining the most numerous AIDS-denialist community in the most popular Russian SNA “VKontakte”, which numbered 13 000–15 000 members during the various stage of analysis. Qualitative content analysis was also used for collecting relevant for this study members’ attributes, such as HIV status and the extent of belief in AIDS-denialists arguments. Two datasets were collected to analyze friendship relations between community members and their communication relations.

Results: Using social network analysis combined with content-analysis we have identified the core of online community - cohesive and dedicated AIDS-denialists, and the risk group, which is not equal in composition to all peripheral members appeared in the online group. The risk group is the circle of users who engage with core members through online communication and may be more susceptible the AIDS-denialist propaganda. Analysis allowed to significantly reduce the target audience for possible intervention campaign and simultaneously increase the accuracy of user selection into the risk group (1369 users from the risk group is more than 10 times less than whole online group population counting over 15 000 users). Thus, online information interventions should be aimed at this risk group audience in the first place to prevent their adoption of AIDS-denialism beliefs, further spread of AIDS-denialism, and pernicious health consequences associated with being an HIV-positive AIDS-denialist.

Conclusion: More research on influence of AIDS-denialism on HIV-positive online group members is needed. Of particular interest are longitudinal or case control studies that could detect the size of effect of AIDS-denialist propaganda that is communicated from hard-core denialists to the risk group, different factors associated with higher or lower susceptibility to AIDS-denialist views, and real health behavior change that occurs with becoming an AIDS-denialist.